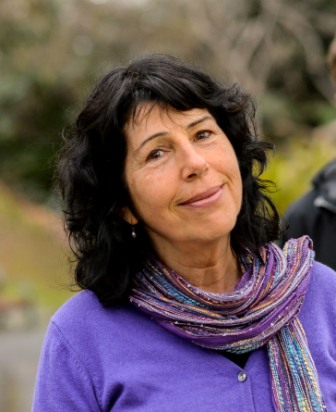 My name is Liezl Shnookal and I'm an Australian writer who lives in the bush. I've created an online "bush telegraph" so that I can share my work with you. Here you will discover short stories to read, visual stories to explore and a couple of books to check out. Each one has been an enormous labour of love and is ready to make its own way in the world. So I'm now sending them all out to you, in the hope that you will enjoy them.

Read a terrible tale about politics and climate change, a satirical short story which I wrote in 2014 although tragically hasn't dated

As the sun rises over Powertown, Tony Nero strides purposefully to his desk. The federal election has just been called and he is a man in waiting no longer. He locates his laptop, scans the headlines on screen, and groans. There are floods or bushfires in several key marginal seats, again. Why the hell, he wonders, can’t natural disasters be confined to safe Red Party electorates? Nero calls for coffee, then remembers that it’s too early for the girl to be at work. He sighs and begins a two-hour exercise program in the private gymnasium annexed to his office. It’s going to be a marathon race to the finish line and the seasoned veteran knows he needs to be in tip-top shape.

South of Powertown, Annie sits silently with her grief amongst the rubble and ash where her house once stood. In the dawn light she conjures up the face of her beloved husband of thirty-three years, who died trying to defend their property. The heat and wind had been so extreme and the fire so intense that he hadn’t stood a chance. Annie’s tears run down the crevices in her face and soak the front of her blouse. She wonders if she will ever be able to stop crying.

West of Powertown, Lord Corbulo is addressing a breakfast convention of thirty top business tycoons in his colonial castle. ‘Extreme weather events? Bah, humbug!’ he mocks. ‘We all know there’s no such thing as climate change.’ The tycoons tuck into dishes of caviar and pig-in-a-blanket, with much clinking of silver spoons on gold fillings. Corbulo finishes his speech and winks at Gina Stoneheart, his patron, who then lumbers to her feet to bellow, ‘The Blue Party will put a stop to this nonsense when they’re elected!’ She gestures towards the bank tellers who have appeared in the room, as if by magic, urging her fellow plutocrats to give generously to the campaign – she expects donations of no less than six figures apiece. ‘After all,’ Stoneheart reasons, ‘it’s an investment in your future.’ The industrialists willingly oblige, united in their desire to get rid of the wicked witch of the south-east and her despicable tax on carbon.

Back in Powertown, but on another day, Julia Caesar is rallying the troops in a meeting room. She has important news to impart.

Begin my novel which is based on a true story, about how a couple of lives went OFF TRACK in the 1970s

That first summer, Lucy never imagined that she would wind up in the back of a panel van with the infamous Scotchie! Nor did she expect that life would turn out the way it eventually did, for either of them.

Lucy tells us her story of living and loving during the 1970s in Australia. It’s full of wonderful times: - sunbaking for hours on the beach, dancing to vinyl records, demonstrating against the Vietnam War and making love in the panel van . . . but there’s also some tragedy.

This is a story about how life, and love, went completely off track.

Be transported into a dystopian world of rampant consumerism - but don't get too attached to Charlotte!

Resplendent in her turquoise Armani neck-to-ankle swimsuit, Charlotte splashed out of the sea, removed her Gucci goggles and furtively scanned the beach. There was no sign of a Recreational Health and Safety Officer so the young woman quickly rolled up the sleeves and legs of her swimsuit, shook out her luxurious Louis Vuitton towel over the sand and with a sigh, delicately positioned herself face down upon it. She knew what she was doing was illegal and that she should be using her St Tropez self-tanning spray, but sometimes she found the urge to sunbake simply irresistible. Charlotte mentally selected ambient music on her Apple Me-pod as she hollowed a diminutive nest for her chin, revelling in the warmth of the sun on her exposed skin.

Further up the beach, there was a long queue of women patiently waiting their turn to get inside the Beauty Bubble. The gymnasium area was full to capacity, every piece of equipment in motion. The master on-line shopper classes too were doing good business, with the merchandise scrutinised on 3D Me-max screens and personal trainers at the ready for the novices. Even the makeover workshops were jam-packed, including the special sessions on surgery options and make-up techniques to minimise the appearance of post-operative scars. The power station was humming, generating enough electricity for all, as well as for the mini desalination plant that was needed for the showers and spas. Everywhere was a hive of healthy activity.

Charlotte languorously turned over on her towel and promised herself that she would bake for only another five minutes before driving to the gym. 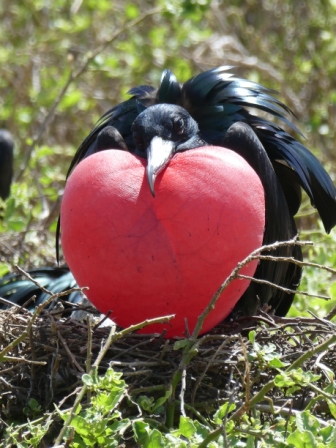 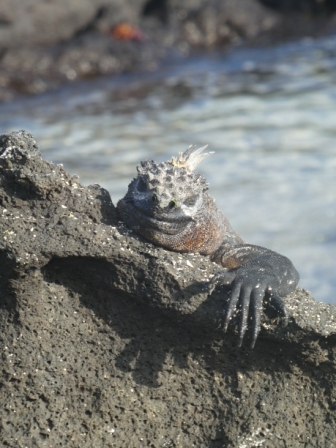 I was one of the lucky ones. Some of us who lived in St Andrews on 7 February 2009 escaped the Black Saturday inferno, simply because the wind changed and took the bushfire to others instead. I didn’t lose my house or possessions; I lost no family members. There are many stories of those who did – stories of devastating loss, heroism, death and miraculous escape. My story is a parallel story – although a much smaller one – and I write it with distress, humility and grief. I also write it with love. I mean no disrespect to those who lost so much, and I make no claim to universal truth. This is just my own personal story.

I knew right from the start that any bushfire on that day would be catastrophic; it felt like Armageddon had arrived. But punch-drunk from days of exhausting heat, I didn’t pay sufficient attention to the public warnings, and woke from a late afternoon nap to a vivid, burnt-orange sky. Ash was floating strangely in the air like snowflakes, alongside great tumbling strips of bark. This could only mean one thing. From my neighbours’ cleared hilltop, I saw the massive firestorm roaring towards us, before it headed away, detonating houses, cars and gas bottles on impact. Later, the anguish on the faces of CFA firefighters confirmed the extent of the devastation. ‘There’s hardly anything left,’ one burly firefighter murmured, ‘from Mittons Bridge . . . up.’ He covered his face with his hands, as if to block out what he had just seen. It was obvious that the death toll was going to be high.

Indeed, it was a miracle that so many people managed to survive.

Click here to read the story "The Shnookals at Shoreham"

"I loved reading all of the stories in the Ebook collection. Just wish there were more. Best individual line: 'vegetarian unhappily adrift in the meat market.' Laughed aloud at that!"  Michele Feinberg, Annerley

"The novel OFF TRACK is an Australian version of The Catcher in the Rye. Everybody should read this book!"  Ros Addison, St Andrews

"I highly recommend all of Liezl Shnookal's short stories. My personal favourite is Lost and Found. I thought the parallel thread between the lost dog and the 'lost' little boy terrific!"  Jeff Nicholls, Brunswick

"One of my favourite authors is Liezl Shnookal and I'm really looking forward to reading her next book!  Julie Gillespie, Seaford

"I was really moved by the novel OFF TRACK. It has a gentle and unpretentious tone; it was compassionate and quietly insightful."  Ann Birrell, St Kilda West

We acknowledge that Bush Telegraph XPress is created on the stolen land of the Indigenous people of Australia. We pay our deepest respects to our nation's First Peoples and to elders past, present and emerging.